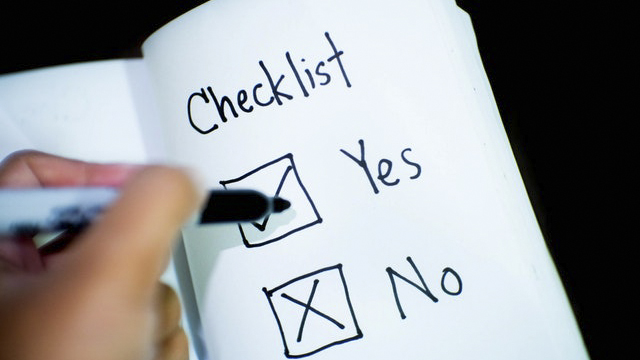 Troup County residents are split on how much longer they anticipate staying home, outside of essential trips to work or the store.

The results came from the LDN’s second COVID-19 based community survey. A total of 626 people responded to the survey questions, with 607 of them living in Troup County. That’s just under 1 percent of Troup County’s population that took the survey.

There were three-fourths of the surveys taken by women, and 88.3 percent of the results were from people who marked white as their race. About a tenth, or 9.3 percent, of responses, were individuals who marked black or African American as their race.

The third question on the survey asked about each person’s current worry level for COVID-19. Survey takers were given the option to rank their concerns 1 to 10, with 10 being highest. The average was 6.7.

Eight was the number selected most often, with 122 survey takers picking that number. Ten was second with 102.

The survey also asked respondents if their worry level had changed in the last two weeks. Almost half, or 49.4 percent, of responses, said they had the same amount of concern. Almost a third, 29.3 percent, said they were less concerned, while another 21.3 percent said they were more concerned.

The LDN also provided a space for people to go more in-depth about their current concerns with COVID-19.

“I’m in fear that there will be another outbreak,” one person wrote. “Because Gov. Kemp is opening things back up, a lot of people are gonna think this is over. It is far from over, I’m sure.”

Others also said they are worried about recovery from this.

“I am concerned about the mental and financial stability of our families and small business owners,” another survey taker wrote. “I fully understand and support closures and protective measures; I am just worried about school-aged children missing so much school, people being laid off and not getting assistance timely, and the overall long-term impact on our economy.”

Many said they were taking a measured approach to the virus, trying to find and read factual information.

Each person was asked how much the virus is impacting their regular daily routine. Ten, which meant the most impact, was the most popular answer with 25.4 percent of responses selecting that number. The average survey score was 7.4.

Many wrote that they are working from home or no longer having to take their kids to school.

“I’m unable to go to church (and all weekly church functions),” one person wrote. “The shutdown has greatly affected my emotional well-being because I can’t worship with my people.”

Two-thirds of survey takers, or 66.5 percent, said they do not believe most Troup County residents are adhering to social distancing guidelines.

Near the time the survey was published, salons and barbershops opened back up. A majority of responses, or 66.2 percent, said they do not plan to get their hair cut or nails done in the next few weeks.

Several questions on the survey asked how local employers have responded to COVID-19.

According to the survey results, 81.5 percent of locals believe their employer has done enough to keep them safe while working. An even higher number, 91.1 percent, said their employer had encouraged employees who were showing signs of illness to stay home.

However, 52.8 percent said their employer is not screening employees for temperature and other COVID-19 symptoms.

Most survey responses, or 89.1 percent, said they had not missed time at work due to illness during the pandemic. One percent of survey takers — a total of six people — said they had been diagnosed with COVID-19.

The survey also asked how people would grade their employer in how well they’ve sanitized their work environment. The community average was 5.2, although an overwhelming majority (42.3 percent) picked “ten” as their answer. Ten represented employers sanitizing the area best.

The survey asked respondents to grade both the national media and The LaGrange Daily News in the job they’ve done informing the public during the COVID-19 pandemic.

The most common answer for the national media was a score of 1, which was the worst. A total of 109 people selected that answer, which was 18.2 percent of responses.

The average community score was 4.8.

The LaGrange Daily News received an average score of 6.9. Eight was the most common answer, with 135 people (22.7 percent) selecting that number. The second and third most popular answers were seven (17.1 percent) and ten (16.8 percent). Seventy percent of survey takers ranked the LDN’s coverage as a seven or higher.