New coroner to be elected in July 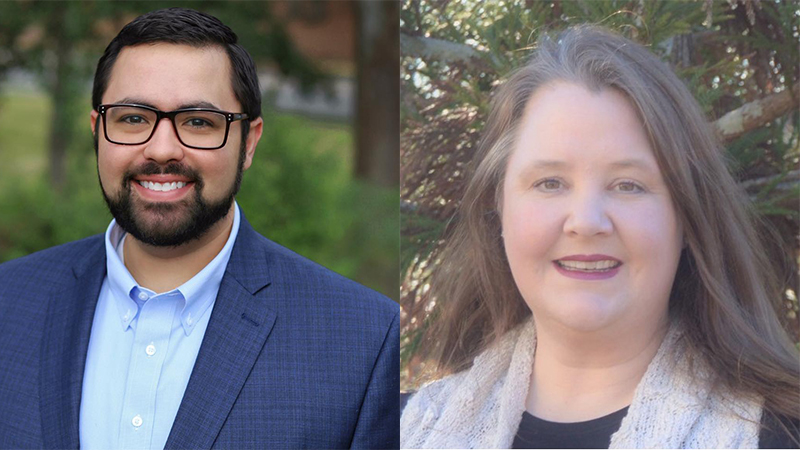 Troup County will have a new coroner after the beginning of the year. Current coroner Jeff Cook is not running for re-election.

Both candidates, Brandon Adams and Erin Hackley, are listed on the Republican ticket.

Adams who is the business manager of AirForce Heating and Air said he decided to run for coroner because he wanted to bring peace to families when dealing with a tragic death.

“When the people of this community experience a death, and the coroner is involved, it is most often sudden, unexpected and highly emotional,” Adams said. “I want to be the person that brings that feeling of peace in knowing that their loved one will be taken care of with the highest regard and level of respect. I want them to see an empathetic, compassionate and professional representative of their county who is there to assist them during an unimaginable time.”

Adams, who is a Troup County native, said his life has always revolved around public safety and healthcare.

“I decided several years ago, I was going to run for coroner. I have done both law enforcement and emergency medical services and have served the citizens of Troup County for over 10 years,” Adams said. “I have gotten such a reward out of doing those things.”

Adams is also a level III EMS instructor for the State of Georgia which is the highest licensure level for instructors. Adams said he hopes to speed up the process following a death.

“I want that hurting family to know that I will do everything in my power to expedite the administrative and investigative process to get their loved one back in their care to prepare for final arrangements,” Adams said. “I want the families to know that I am working for them and their loved ones and that I am committed to being their resource for as long as is needed during an extremely difficult time.”

If elected, Adams said he would like to set a goal of having a death certificate within signed within 48 hours of death.

“When it’s reasonable, and for those decedents who require an autopsy and/or toxicology to issue a preliminary death certificate reading as “pending” so that families can begin the probate process, utility discontinuation, creditor notification and such,” Adams said. “I would like to see our transportation budget reduced either by way of negotiated transport costs or mitigation of transport for otherwise unnecessary medical examiner inquiries. I would like to see the number of cases that go to the medical examiner’s office reduced where possible and as reasonably allowed by law.”

“And also on how to mitigate those risks, including personally teaching courses or speaking publicly on the issues,” Adams said. “I would start a social media account that provided tips to parents about leading causes of death in children and the leading comorbidities and risk factors associated with early death in adults and continue to educate the public on healthy lifestyles.”

Hackley, who has served as the Troup County Chief Deputy Coroner position for four years, said more than 10 years ago she knew she would run for this position.

“In 2007, I woke up one morning and decided to go to EMT school,” Hackley said. “Six weeks into EMT school, my little girl was hit and killed by a bulldozer when she was three-year-old. After that, I felt like I needed to continue on with EMT school. I felt there was a reason why I needed to finish EMT school.”

After finishing EMT school, Hackley moved to LaGrange from Newnan.

“After I started working here, I had my first death call and I met Jeff Cook, and I got talking to Jeff and I told him I needed to work with him,” Hackley said. “That’s what I was meant to do. After knowing him a few years, he offered me a job with the coroner’s office, and here I am today.”

Hackley also said along with being a paramedic for 12 years, being the Deputy Coroner has prepared her to be the county coroner.

“Jeff has allowed me to work my own calls and we don’t have to call and get help,” Hackley said. “I am familiar with all of the dynamics and how to handle it. I also have training in grief counseling.”

Hackley said if elected she wants to be more involved with the public.

“This will be my primary job, and I want to develop an office where I can see people because we don’t have an office currently,” Hackley said. “I am really big on organ donation and we don’t have a lot of organ donors here locally. I would like to work toward educating the community more about it. We have hundreds of people here in this community who could benefit.”

Hackley said her number one goal will be helping those who need help, and the coroner’s office will be her first priority

“There’s not a salary that comes with it, and in the past, the coroner has had a full-time along with being the coroner,” Hackley said. “I want to kind of change that, where people know us and know what we do.  I want to be out there more, and this will be my primary job.”

Hackley added that she has investigated over 300 deaths including natural, homicide, accidental, suicide, unexplained, child death and mass casualty during her time as deputy coroner.