Ogletree, Pleasant look to move on to November 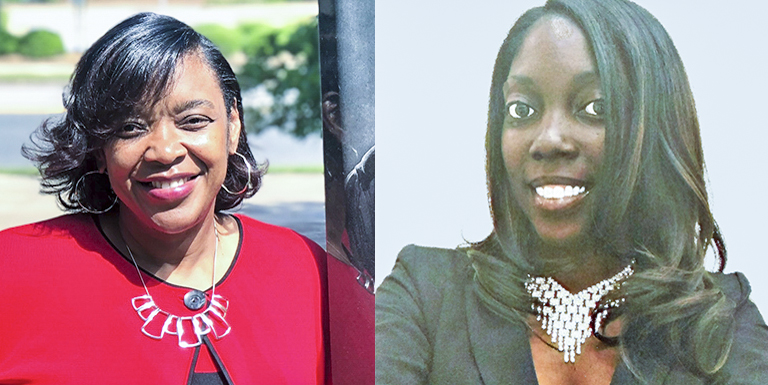 The race for the District 3 County Commissioner seat will feature republican incumbent Lewis Davis, who will run unopposed in the general election. On the democratic side of the ticket, Synda Ogletree will face off against Cora Pleasant. The winner will take on Davis in November.

Ogletree, of West Point, said she decided to run because she wants to inform the community more about funding and how tax dollars are being used.

“Another reason is diversity,” Ogletree said. “COVID-19 has changed a lot of things in the world. As a commissioner, I would bring a creative outlook from a different angle representing all the people of Troup County in District 3.”

Ogletree is also concerned about the infrastructure. She said she would like to see more roads and potholes fixed within District 3.

“It is being worked on, but it has to be worked on on a regular basis,” Ogletree said. “As your commissioner, you will see improvements. We also need fire hydrants in this area for the safety of our families and homes.”

Ogletree would also like to address community needs by hosting forums with her district to hear from the citizens. She added that if elected as a commissioner she would be out and about in the district as another way to hear from citizens.

“I would talk with them on a regular basis,” Ogletree said. “There will be an open-door policy, so they will know who I am and know they can ask me for things that are needed in their community.”

Ogletree also said one of her goals is for first responders and Troup County Sheriff’s Office deputies to feel like their pay is competitive.

“We want to keep them with the county. We don’t want them leaving the county going to different agencies because of pay,” Ogletree said.

Ogletree and Pleasant are the only two women running for a commissioner’s seat.

Ogletree currently works in security but has also worked as a detention officer, police clerk and a court clerk.

Pleasant, also of West Point, said she chose to run because she wanted to be a voice for those who do not have a voice.

“I want to make our county better than we already are,” Pleasant said. “We need to bring more job opportunities. Not temp services job, but more permanent jobs other than manufacturing. I think we need more community services or after-school programs for the children, and things of that nature.”

To make those goals happen, Pleasant said she would reach out to industries and businesses to come in and be more involved.

“I am open to what the community tells me they need,” Pleasant said. “I think some of the issues or some of the projects that the board is working on don’t necessarily emanate with everyone. So, I would like to see a little more diversity.”

Pleasant also wants to bring a young and new voice to the board of commissioners.

“I can look at things in a different way than how the current board members do,” Pleasant said. “I’m a young, single parent. I am still in the workforce, and a few of the board members are retired or close to retirement. I can come in with a different perspective.”

Pleasant said her career in finances, budgeting and education would be an asset she could bring to the board.

“I am diverse in a lot of fields and using that in the role as a commissioner would be beneficial,” Pleasant said. “I think I could do a good job of being able to get the community to communicate their needs to me. We can always get and be better.”

Pleasant said also being a small business owner has helped her get out in the community more and hear what the community’s needs are.