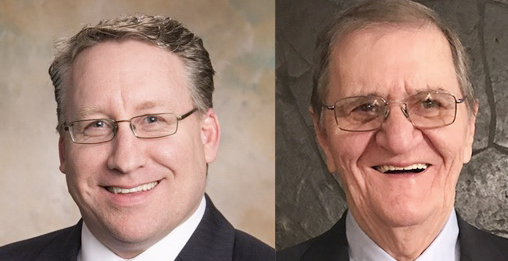 Brandon Brooks has been elected to a second term on the Troup County School Board in District 3.

On Wednesday, Brooks said he was thankful for the support of Troup County.

“Most importantly, I am so proud of the citizens of Troup County for being informed, No. 1, but also seeing the improvements that have been made in our school system in this last term and last three and half years,” he said.

Secondly, Brooks thanked his wife for standing by his side throughout this election process.

“She has been my biggest fan and endured far more than she deserved, and she has shown the woman of God that she is through it all,” he said. “I cannot thank her enough.”

During his second term, Brooks said he wants to build on the foundation the school system has spent the past three and a half years creating.

“That is supporting our superintendent and continuing that track of academic excellence,” he said. “We have some financial challenges ahead, but with this board and superintendent, I have complete confidence in our ability to overcome the financial trials ahead.”

Simpson was backed by the Tax Relief and Comprehensive Education Reform Group, which supported four candidates for the school board. He based much of his campaign on analyzing the school system’s financial situation.