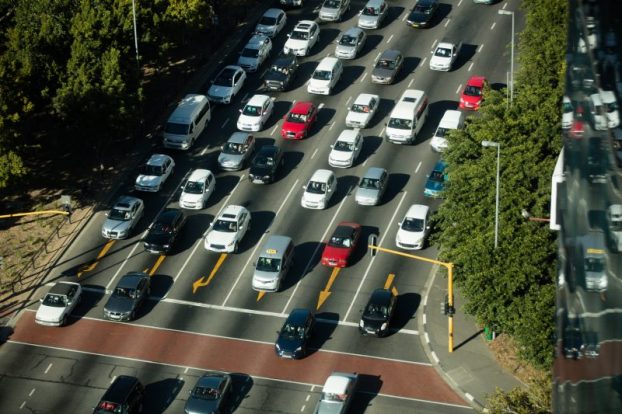 Unlike years past, the number of cars on the road ways has dwindled due to the pandemic.

Georgia Department of Transportation District 3 Communications Officer Penny Brooks said they have no predictions for what traffic could look like this year for Thanksgiving.

“We’re kind of in the dark when it comes to how much traffic we are expecting,” Brooks said. “We know that people will be hitting the roads but we don’t know or think it will be as much volume like in the past years. This has been such an unusual year and there’s been such an effort to get people to stay home, not travel long distances and only stick to your immediate family members.”

The statewide lane restrictions help to reduce traffic congestion during the Thanksgiving holiday. Similar restrictions will be in place for Christmas and New Year’s.

Brooks said drivers will have that as one less thing to worry about when traveling.

“Even if the traffic volume seems like less than it usually is, it is no reason to speed, get distracted or lose your focus,” Brooks said. “We still need people to drive defensively and drive alert.”

While the road closures will be suspended, Brook said GDOT wants reminds drivers to exercise caution as crews may still work near highways, and safety concerns may require some long-term lane closures to remain in place.

In addition, incident management or emergency, maintenance-related lane closures could become necessary at any time on any route.

Rest areas and the restroom facilities on the interstate are going to be open.

“We are asking people to be COVID conscious when using the facilities,” Brooks said.

“We still want people to wear mask. We want people to be at least six feet apart from people as much as possible and wash their hands. If you feel like you’ve got to stretch your legs, do it away from other people.”

Brooks said when everything first shut down in March, drivers on the roadways in Georgia went down as much as 60%.

She added that due to less traffic on the roadways more people are speeding and are driving distracted.

“We’re still about five to 10% down, mostly across the entire state. Up until about a couple of days ago, we had more fatality accidents that have happened on Georgia roadways compared to this point last year. It’s very strange because you’d expect with the amount of volume of traffic to be so dramatically down through a huge part of this year that the number of accidents and fatalities would also go down.”

She said that even with everything going on this year, that drivers need to remember to buckle up, put the phones down and drive safe this holiday season.