A true hero of faith: LaGrange pastor and chaplain dies from COVID-19 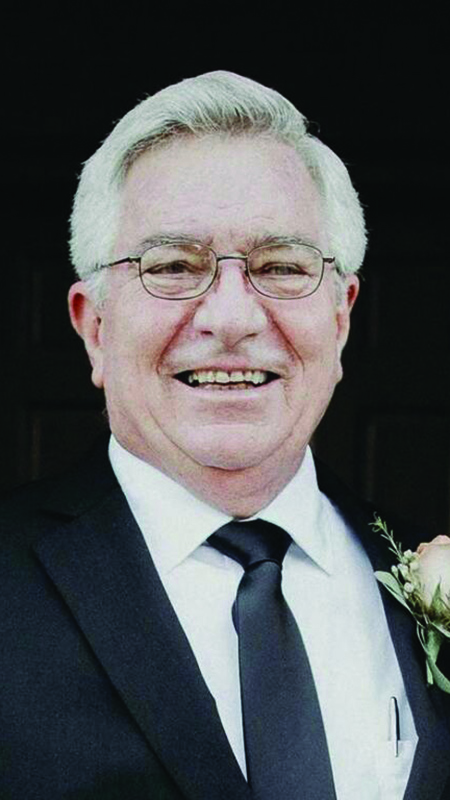 Family and friends say he stayed steadfast and faithful to the end, but the Rev. Charles Chapman died this past weekend after a battle with COVID-19.

For many LaGrange locals, Chapman was commonly known for sermons and his work in the community that gained him the nickname “Preacher” almost 30 years ago.

Chapman retired from Faith Baptist Church after serving 29 years as their pastor where he started “Judgment Journey” and grew the congregation to hundreds.

“We moved to LaGrange in the late 70s and the church only had a few deacons and maybe 50 members,” said Chapman’s daughter, Kimberly Herren. “He helped build that church, literally. The new buildings and everything was under his direction”

Not only did Chapman grow his congregation but also helped plant other churches in the area and lead thousands of people to Christ.

Herren said her dad had a strong passion for serving the Lord and people in the community.

“There’s probably not enough time in the day to tell you about my father and his passion for people,” Herren said. “He didn’t believe in just a phone call. He would go to where people were even if it was in the dead of night. You could probably get story after story of hundreds of thousands of people that he touched their lives in some way or another.”

Brandon Brooks, who served under Chapman at Faith Baptist, said Chapman gave everyone the opportunity to serve and be served.

“So instead of just going to church, they came to church,” Brooks said. “It wasn’t about showing up and being dressed up, it was being a part of the church. He was the leader. He was the pastor.”

Brooks said Chapman embodied what it meant to be a pastor.

“I know these words are sometimes used like preacher, reverend and pastor,” Brooks said. “The act of preaching is something totally different than pastoring. Pastoring includes preaching, but it also includes plowing the field of growth of visiting of going out. It’s not just standing in the pulpit on Sunday morning, and saying a message.”

Chapman also served as chaplain for the City of LaGrange Police Department and the Georgia State Patrol for many years.

“Chaplain Chapman contributed significantly to the LaGrange Police Department and the citizens he served as a dedicated chaplain,” said LPD Chief Lou Dekmar.

“His contributions not only provided comfort and service to victims of crime and those experiencing a loss of a loved one but also spiritual support to the men and women of the LaGrange Police Department. We will keep his loved ones in our thoughts and prayers and will always honor his service at LPD.”

GSP Sgt. Scott Jeter said Chapman was always willing to help and was very dedicated to serving the officers.

“I pretty much viewed him as someone who was a father figure,” Jeter said. “I would look to him for advice on certain things, and he was a big, positive influence for all of us.”

Like many pastor’s kids, locals and church members would joke with the Chapman family about pastor’s kids always turning out wild.

“I can tell you exactly why we didn’t turn out wild,” said Charles Chapman Jr. “He was the same man in the pulpit as he was at home. There was no facade. There was no pretending. He said it at home, he would also say it in the pulpit, when he was preaching.”

Chapman’s passing due to breathing complications from COVID-19 Saturday left its mark but not greater than the one Chapman left on family, friends and the community.

“If he was here today, he would tell us this was God’s plan,” Charles said. “He would not waver from that. He would say you guys stop all this nonsense let’s get on and move on. God has done his work and will continue to do his work. He would want us to get up and keep going, keep moving with our legacy of our family and our church and our faith.”

Shortly before Chapman was intubated in the hospital, his wife, Faye, was diagnosed with COVID-19 as well. Faye began showing symptoms a few days after Chapman was admitted into the hospital.

“We Facetimed him said that you’ve got to come home, you’ve got to get better and mom’s sick and she needs you,” Herren said. “He said, ‘I’m on my way.’ That was right before he got intubated. He’s a strong man, and there are so many people in this town that would say he is their hero, but he’s definitely a hero of the faith. He was a true hero of faith.”

Funeral services will be held on Wednesday, Jan. 6, 2021, at noon at Faith Baptist Church. The Rev. Brooks will officiate assisted by many of the ministerial staff that served with Chapman. Entombment will follow at Restlawn Memory Gardens. The family will receive friends on Wednesday at the church beginning at 10 a.m.