Cranford to serve as district attorney

Cranford was appointed as the district attorney for the circuit, which covers Troup, Carroll, Coweta, Heard and Meriwether counties, by Gov. Nathan Deal in January. Cranford replaced Pete Skandalakis, who joined the Prosecuting Attorney’s Council of Georgia as the executive director in January before his term ended in 2020. 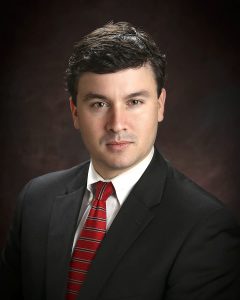 Cranford said he is excited and looking forward to having a positive effect on Troup County.

“I think a part of my job is maintaining the public trust,” Cranford said. “I know the job comes with a lot of power and responsibility, but I endeavor to wield those things with humility and to do it honorably. I think I’ll be a district attorney that LaGrange and Troup County can be proud of.”

Cranford said some of his plans as district attorney include using technology more in the offices, for tasks such as conveying evidence and case files. Cranford said he also wants the offices to engage more with communities they serve and build relationships with the people who live there.

“They don’t need to be afraid of coming to the district attorney’s office or interacting with prosecutors,” Cranford said. “We’re here for them. We’re not a bunch of hammers looking for nails. We’re just trying to do what we think is right and to get justice. I think more interaction with the community will help spread that word and is better for everybody.”